From our founder Missy Keast

I am deaf and have taught ASL to thousands of students in the last 30 years. I built this website to incorporate all the lessons I have learned teaching those students. Some of them were taking classes for college and high school credit. Others simply wanted to learn ASL. Regardles of your reason for learning, this program, backed by university research, helps you learn to sign faster than any other ASL course. Instead of me telling you how good it is why don't you just try it? For FREE. That's right. I will give you the first 5 modules for free. You can see for yourself how easy it is to learn ASL, to sign naturally, using my system.

To accelerate your learning my team created the world’s most technically advanced ASL delivery platform. This is not a generic platform for all languages or all courses. This was designed and optimized for ASL. We have a proprietary “Magic Mirror” for instant expressive skills feedback. We have also simulated role play so that you can practice signing to someone even if you are alone. Adaptive vocabulary review is coming soon so that you only practice the words and phrases that you need.

You will learn to sign naturally, the way the deaf and hard of hearing sign. You will become conversationally fluent in American Sign Language so that you can sign ASL with deaf friends and family members. With this program you will learn ASL faster than with any other program available. I guarantee it, Yes there is vocabulary. Yes there are phrases. However, there is much much more. We teach you from the very beginning to just get started and begin to sign. See for yourself.

A Brief History of ASL

In the 1900s three communities in the United States had their own versions of sign language. Martha's Vineyard, Massachusetts, Henniker, New Hampshire and Sandy River Valley, Maine.

ASL has its own grammar and structure that is not based on English word order. It is three dimensional and requires eye contact for communication.

Here's what our students and teachers say. 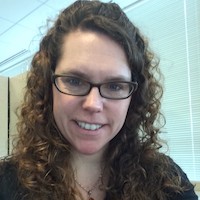 This was a great self study course that helped me start signing phrases the very first day. I was able to go back to the coffee shop and have a short conversation with a new friend. Love it !!! 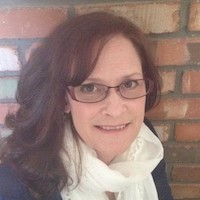 If you are looking for an American Sign Language curriculum that incorporates all facets of learning, especially receptive language, look no further. ASL Inside provides fun, colorful, clear and concise videos that pull you in to learn more. Their high-quality videos incorporate Deaf culture, vocabulary, phrases and conversations. I have yet to find any ASL curriculum that compares to ASL Inside. 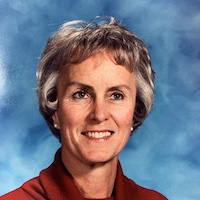 This was an amazing course. I was able to quickly learn how to sign to my daughter in law who is deaf. Now the rest of our family is starting to use the course.

This is an amazing group of signers. Some are deaf and some are hard of hearing. We chose them so that you could learn to communicate in ASL no matter what the accent. If you don't already know this fact. Just as in English ASL has many different accents. ASL Specialist/teacher. A SKI-HI certification in deaf mentor for the deaf/hh families. He likes golfing and tech savvy. He loves to be with his Deaf lovely wife and beautiful two Deaf daughters. Linsday is the proud mother of two Deaf daughters. When not chasing her girls Lindsay produces custom graphics and motion projects for the internet. She also enjoys snowboarding, traveling, lacrosse, and doing fun adventures with her husband Adrian. She was born in Massachusetts and now lives in California. Our founder is known as the "Shakespeare of Sign Language." She has taught ASL for more than 30 years. Students include college and high school students for credit, families and friends, residential school students, court, medical and CDI interpreters, Karate Dojos and ... You name it. She is currently a a Shorin Ryu blackbelt so be careful if you find yourself in her class. He is deaf and a full blood Navajo individual. He was raised in Pinon, AZ. He has two degrees from Gallaudet. A B.A. in Photography and Graphic Design and a M.A. in Sign Language Education. In his free time he likes to run, travel and spend time with his family. Jason lives in Phoenix, AZ and is the current president of Arizona Association of the Deaf. In his free time he likes to ride horses and camp. Amie was an Air Force brat and moved to Arizona several years ago. She currently works in healthcare claims and loves to travel and camp. Juan grew up with a deaf brother in Arizona. He is finishing up his business degree at Arizona State University Sierra is a student at Arizona State University (ASU). In her free time she loves to lift weights. Sierra is the only deaf person in her family.

Latrina is a teacher of the deaf and hard of hearing at Arizona School for The Deaf and Blind (ASDB). Caroline works in administration at the Phoenix School For the Deaf and Blind (PDSD). She and her deaf husband stay busy with their 4 deaf boys. Masa has two degrees from Gallaudet. A M.A. in Counselor Education/School Counseling and Guidance Services and a B.A. in Psychology. He currently works at Phoenix Day School for the Deaf as a K - 12 school counselor. He is also an Assistant Camp Director for Camp LEAP (Lead Explore Advocate Play in Tucson, AZ. He loves to spend with his partner, JJ, and his dogs. He enjoys traveling to California often with his partner. Troy is a professional actor with numerous awards and shows to his credit. Most recently as the lead in CODA. Deanne is a full time ASL teacher. When not teaching she is a professional actor with numerous awards and shows to her credit. Dyan teaches full time at Riverside Community college. She is also a freelancer photographer. Dyan Sue also had acting roles in Switched at Birth. Born Deaf to a Deaf family, Dyan was raised in California. She earned her bachelor's degree in Child Development and a master's degree in Sign Language Teaching (MASLT). Dyan has played volleyball for most of her life and earned three medals in volleyball at the Deaflympics. She coached the 2013 women's volleyball team at the Deaflympics in Sofia. Dyan was inducted into the Gallaudet Hall of Fame the summer of 2014, for her success on Gallaudet's volleyball team. David has taught ASL for years at Phoenix College in Arizona. He is an avid vlogger on Facebook and his favorite activity is spending time with his deaf son. Sophia graduated from Northern Arizona University with a B.S. in interior design. A lifetime resident of Arizona she was born deaf to deaf parents.